How to save time by using HRnest?

Industry
printing, IT
Client since
2019
Number of employees
162
Number of offices
5

Ricoh is a global provider of document management solutions. For decades we have been providing innovative technologies to customers around the world. Our digital solutions are supported by a wide range of specialized outsourcing and consulting services. Our global network ensures a full service of outsourcing and print management services (including production). We're among 10 world's biggest IT corporations and we're also one of the most ethical organizations in the world. We're listed on both Fortune Global 500 and the top 100 most sustainable corporations. We're also the biggest producer of multifunctional digital office equipment, including: laser printers, fax machines, photocopiers, production printing devices, digital cameras and software. Ricoh is all for innovation – we’ve been the first to introduce the following products to the market: photocopier, multifunctional printer, telefax, scanner, and rewritable CD.

Company’s challenges before HRnest was implemented

Before implementing HRnest, we were using the E-proposal system in Lotus Notes. It allowed for submitting holiday requests and for settlement of business trips. Submitted requests were sent to managers who accepted and forwarded them to the HR & Payroll team – and that was about it. The system didn't make it possible to set a holiday limit for an employee and made no calculations whatsoever. Also, it required a lot of manual work, as each request had to be manually entered into an Excel spreadsheet, marked with an appropriate color, and then copied to a specific tab before any calculations could be made. With only one person in the HR & Payroll team the holiday season was a nightmare, as there were up to 50 requests submitted at a time, and it took an hour to get them all processed. The system was inefficient, time-consuming and very tiring. When I was off and there was no one filling in for me and verify requests, the whole system was collapsing. Nobody knew their holiday entitlement so requests were submitted – and accepted by managers – without checking them against particular entitlements.

I was told about HRnest by some of our new employees who had been using it before joining Ricoh. Also, one of the managers who also had some previous experience with that system implemented it in his department as our system was useless for them (they were working 12-hour shifts). This complicated matters even further as now there were two systems that had to be used simultaneously. At the end of each month there was always confusion with some data missing in one of the systems. This, in turn, meant more manual work the HR & Payroll team with putting it in order.

In June 2019 we decided that the entire company will use HRnest. The implementation process took a month. To make employees familiar with the system I was sending them the manual and inviting them to a demo session. HRnest is so easy and intuitive that it never took them more than 15 minutes to get their heads around it. In the meantime there were some updates introduced to the system, e.g. two-step request approval, and we added sick leaves to the request type list. So far, we've had no technical issues with the system. Our previous system could only be used on a company computer with an access to our Intranet, so all employees who were on a business trip needed to have their company laptop with them. If they wanted to submit a request, they first needed to consult their summary in the Intranet to see how many days off they had left. Only then could they submit their request using Lotus. Obviously, it was very annoying for them so very often they called me instead and asked to submit the request on their behalf.

Now all they need to submit such a request is a mobile phone. Once they’re logged into HRnest they have full info on their holiday use and can submit a request with a couple of clicks. This has made things a lot easier for them and for the HR & Payroll team. There are no unnecessary phone calls or manual work involved any more.

Everyone at our company is very happy with HRnest. Employees can easily check their holiday status, the managers are aware of all absences in the company, and the HR & Payroll team is no longer burdened with all that manual work.

How to integrate a dispersed organization with HRnest?

How to improve the flow of information in a company using HRnest? 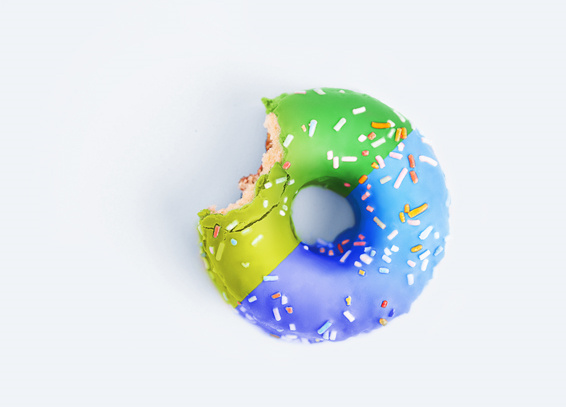 No obligation. No credit card required. SIGN UP FOR A FREE TRIAL